Handmade knives and folding knives, manufacturer since 1950
«All news 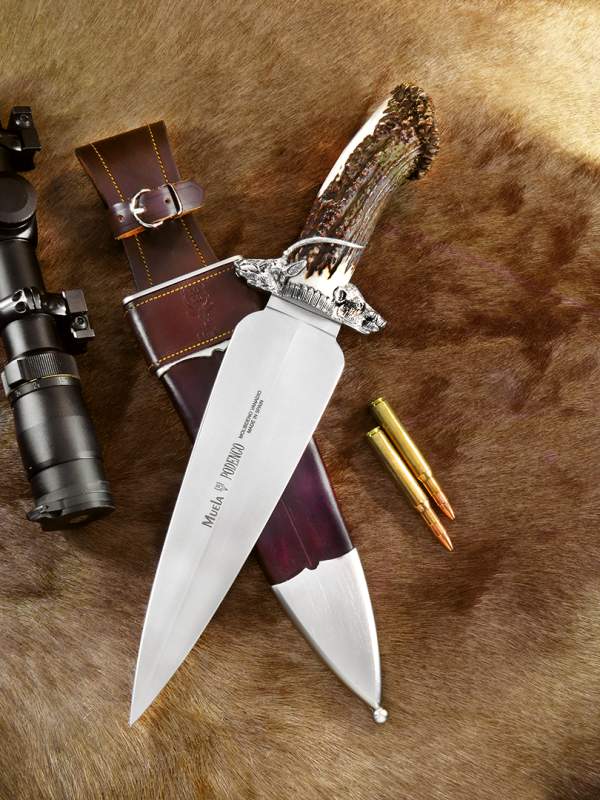 29-10-2015
MuelaÂ´s classic knives reedition: MastÃ­n and Podenco
mention and honour two of the most important breed inside the Spanish "Monteria"

Muela would like to present its new reedition of two of the most emblematic, classic knives, such as "MASTÍN" & "PODENCO", which mention and honour two of the most important breed inside the Spanish "Monteria" world. Both are presented with a precious sterling silver guard, the only difference between them is the solid silver coin which is in the crown.

Muela decided to honour the "Monteria" but specially the "rehalas" which are essential to this hunting modality, in the mid 80's we produced another knife in addition to these "Podenco" and " Mastín", it was the "Alano". Furthermore with these three models created for finishing off, Muela were turned into the leader in the manufacture of this kind of knives.

These models are the first ones we enclosed in the concept of "knives as jewels" which we have been manufactured in the last decades, for that reason we think is a good opportunity to produce again two of our most extraordinary knives, with our handcrafted personnel and special raw materials.

It is also important to emphasise that these models come with a special metallic protection sheath. 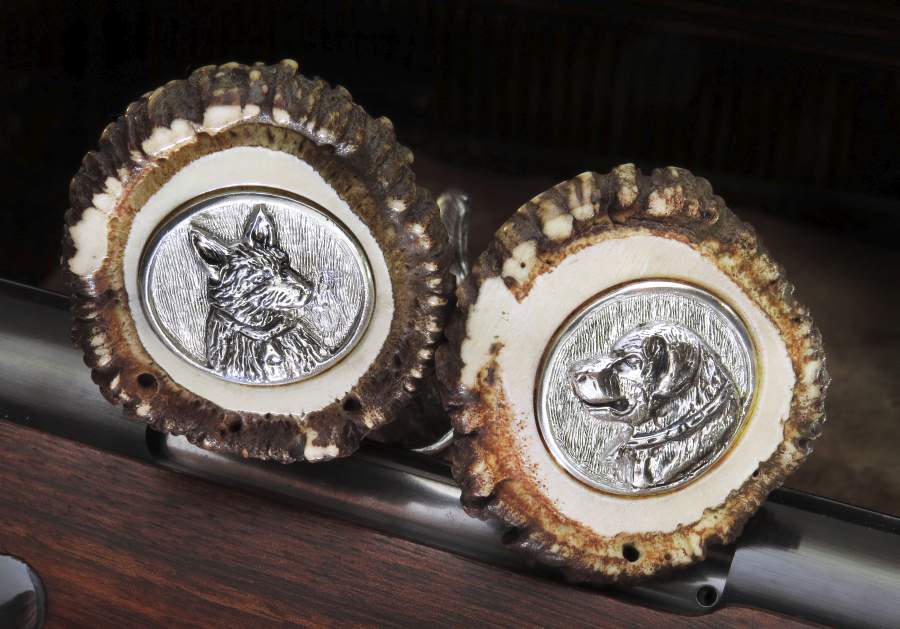